On Fundamental Errors in Trigonometry

Abstract
The critical analysis of the foundations of standard trigonometry is proposed. The unity of formal logic and rational dialectics is methodological basis of the analysis. The analysis leads to the following main results: (1) trigonometry does not treat a right triangle as a material system. Therefore, trigonometry does not satisfy the system principle; (2) trigonometric functions do not satisfy the mathematical definition of a function. The terms “sine”, “cosine”, “tangent”, “cotangent” and others are not identical to the concept of function. Symbols “cos”, “sin”, “tg”, “ctg”, etc. indicate only that there is a correspondence (connection) between the values ​​of the quantities of the angle and the lengths of the sides in a right-angled triangle. Therefore, the standard definitions of trigonometric functions do not represent mathematical (quantitative) relationships between the quantities of the angle and the lengths of the sides in a right-angled triangle. Trigonometric functions are neither explicit nor implicit functions; (3) the range of definition of trigonometric functions does not satisfy the condition for the existence of a right-angled triangle because the definitions of trigonometric functions contradict to the system principle. These facts prove the assertion that the trigonometric functions, the trigonometric identities, the trigonometric form of the Pythagorean Theorem and the inverse trigonometric functions are blunders; (4) the values of mathematical quantities are always neutral numbers. Therefore, logical contradictions arise if the quantity of the angle and the symbols “cos”, “sin”, “tg”, “ctg” take on negative values. (5) it is proved that the standard theorems of addition (difference) of two arguments for cosine and sine are blunders. This means that the addition (difference) theorems for all trigonometric functions, the reduction formula, the formula for double and half argument are blunders; (6) in the point of view of the Cartesian coordinate system, the abscissa and ordinate scales are identical and have the dimension “meter”. Therefore, the quantity of the angle (which has the dimension “degree”) does not exist in the Cartesian coordinate system; (7) the graphs of trigonometric functions are built in an inadmissible coordinate system because the scales are not identical: the abscissa scale has the dimension “degree”, and the ordinate scale has the dimension “meter”. The non-identity of the dimensions leads to absurdity: “meter” is “degree”. Therefore, the graphs of trigonometric functions have no geometric meaning; (8) if the material point is the end point of the moving radius in the material system “circle + mobile radius + Cartesian coordinate system”, then the graph of the dependence of the ordinate of the material point on the length of the path traveled (i.e., on the circumference of a given radius) has the form of a sinusoid, but the graph is not a trigonometric sinusoid. Consequently, standard trigonometry is a pseudoscientific theory. MSC: 00A05, 00A30, 00A30g, 00A35, 00A69, 00A79, 03A05, 03A10, 03B42, 03B44, 03B80, 33B10, 03F50, 97E20, 97E30, 97G60, 97G70, 97M50, 51M15, 51N35, 51P05. How to cite this article: Kalanov TZ. (2022). On Fundamental Errors in Trigonometry. Bull. Pure Appl. Sci. Sect. E Math. Stat. 41E(1), 16-33. Keywords General Mathematics, Trigonometry, Geometry, Methodology of Mathematics, Mathematical Physics, Physics, Engineering, Formal Logic, Dialectics, Philosophy of Mathematics, Philosophy of Science. 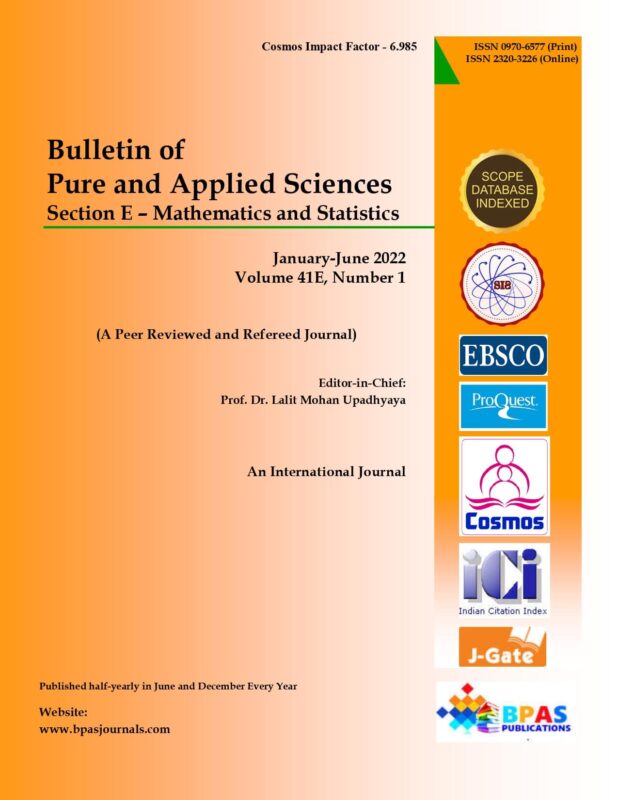 Some New Results on Commutative Algebra

Theory of Complex Numbers: Gross error in Mathematics and Physics

Create an Account
Start typing to see products you are looking for.
Shop
Wishlist
0 items Cart
My account